“The Pole. Yes, but under very different circumstances than those expected.”

On 9th December 2019, Michael Mitten, CEO of Houghton International, set off on a week-long trek through Antarctica to the South Pole, in what can only be described as one of the most extreme physical and mental challenges for any human to undertake on the coldest continent on earth.

Michael decided to take on this momentous challenge in memory of his mum, Christine Mitten, who spent over 18 years fighting multiple sclerosis (MS) before she passed away in 2016. Aiming to raise £50,000 for the MS Society, Michael wishes to raise awareness of Christine’s inspirational mission to prolong her life, and support research into the condition.

Unfortunately, just three days after beginning the expedition, Michael collapsed outside his tent. His presumed altitude sickness was, in fact, a severe chest infection, which was compounded by the sub zero temperatures, high altitude and dry air. After calling in emergency medical support, the trip guide, Doug Stoup, was able to immediately provide Michael with antibiotics. However after attempting to continue, Michael realised he urgently needed to be rescued. He was taken to the camp at the South Pole via snowmobile – a six hour round trip.

This was not the way Michael had planned to reach the South Pole, but he made it there nonetheless. A few days of rest and recovery later, he was starting to feel on the mend. Unfortunately, this did not signal the end of Michael’s poor luck.

Following a bout of bad weather and the crash of a Chilean military transport plane bound for Antarctica, all planes to and from the area were grounded indefinitely. At this point, Michael was told he may not make it home in time for Christmas with his family. With his wife and two young sons awaiting his safe return, he was heartbroken that he could not be with them.

After three days, just in the nick of time, a flight was scheduled that would allow Michael to get out of Antarctica and back to the UK in time for Christmas. He touched down at Newcastle airport shortly before 5pm on 23rd December, giving ample time to collect the Christmas turkey and enjoy a long-awaited pint before a well-deserved rest!

Michael commented: “I think it’s fair to say the trek did not go to plan, and I’m gutted it had to be cut short. After a call to a doctor via sat-phone, it became clear that to attempt to continue in those conditions would be a serious risk to my health. I cannot thank my expedition team and the guys stationed at the South Pole enough for their help.

“At the same time, my pain and frustration only pales in comparison to what people with MS experience every day. I know how difficult it is to want to continue but know that my body won’t let me, and that’s a feeling that people with MS are all too familiar with.

“I’m delighted with how much fundraising success we’ve had so far, and I hope we can build on that now I’m home. The money raised is going to fantastic causes, helping fund research into how diet affects MS and also to support the brilliant work of the Sunderland branch of the MS Society, providing help and guidance those with the condition every day.”

You can donate to the Poles Apart challenge at justgiving.com/polesapart2019 and find out more at polesapart2019.com. 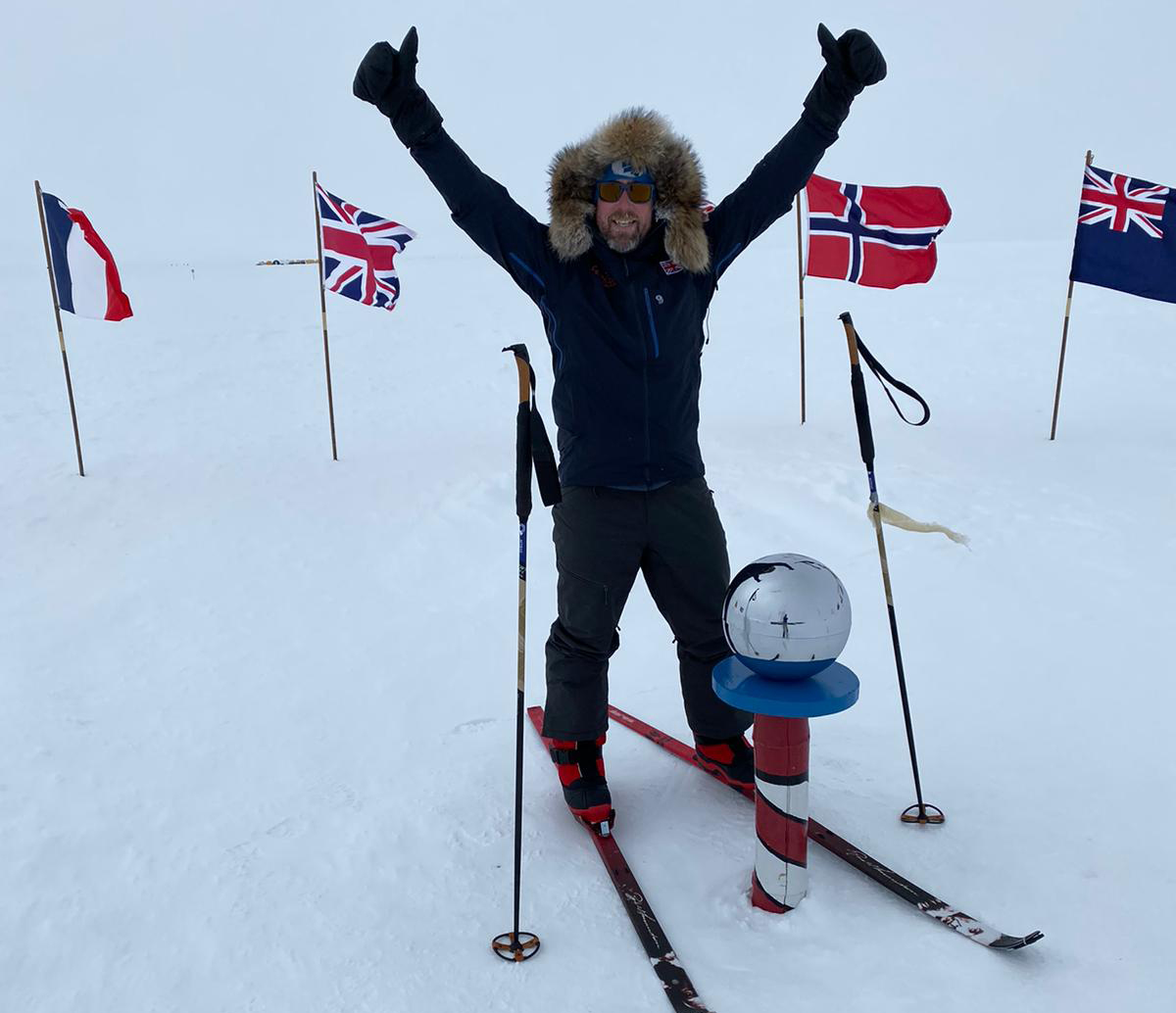